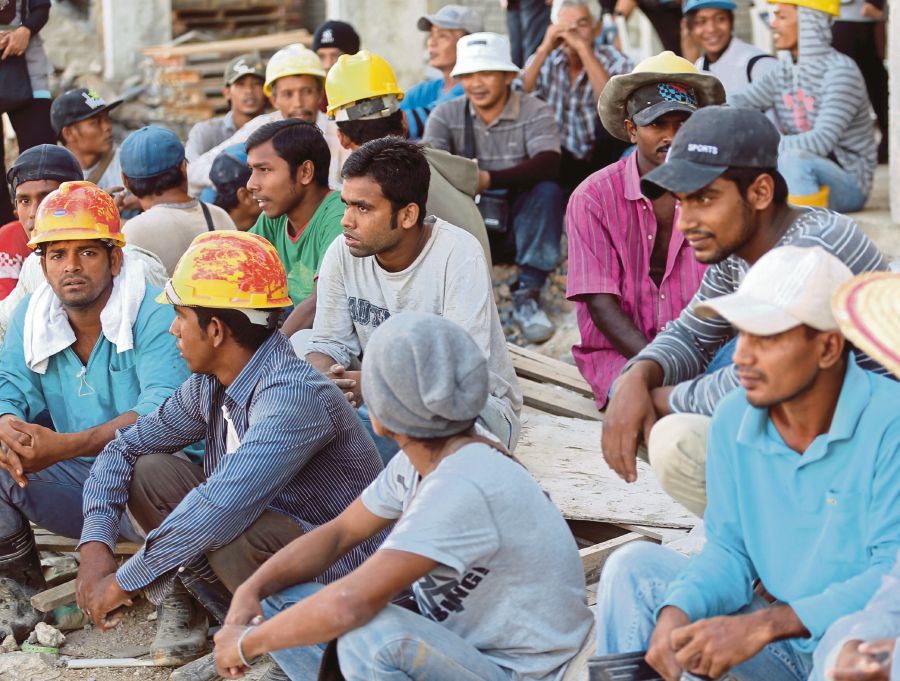 KUALA LUMPUR: Employers who pass on the foreign worker levy to their employees can be charged under the Employment Act.

Labour Department deputy director Rosman Abdul said employers guilty of this would be asked to refund the amount deducted from their workers’ wages back to them.

He said if they failed to do so, the department would invoke Section 24 (Lawful Deductions) of the Employment Act 1995, which states: “No deductions shall be made by an employer from the wages of an employee otherwise than in accordance with this act.”

“From Jan 1, this (foreign worker levy) will be the responsibility of employers.”

Human Resources Minister Da-tuk Seri Richard Riot on Wednesday said the condition would be imposed on employers from Jan 1.

It was reported that the move was to discourage the employment of foreign workers, who number 1.8 million.

The move was supposed to come into effect on Jan 1 this year, but was postponed after appeals by employer associations, who said they needed time to prepare.

“They have been given adequate time... to make adjustments to meet the arrangements of this new levy,” Riot said.

Employers will also be required, from Jan 1, to sign an “Aku Janji”, which is an employer’s undertaking document. More than 5,000 employers have signed it. It covers the need for employers to bear the cost of levy imposed on each foreign worker.

The undertaking is to remind employers that if they fail to comply, they could face legal action, aside from being blacklisted from hiring foreign workers.

On Dec 20, the ministry said with the implementation of this policy, employers must not only bear the cost of levy payments for new foreign workers, but also those who renew their Temporary Employment Visit Pass (PLKS).

The levy for foreign workers imposed by the Immigration Department (for the peninsula) on the manufacturing, construction and service sectors, is fixed at RM1,850, while the levy for the agriculture and farming sectors is RM640.

The Malaysian Employers Federation called on the government to review the new levy mechanism, saying that it could lead to additional operating costs for employers, apart from the expected increase in foreign workers’ salaries to 15.6 per cent.

Its executive director, Datuk Shamsuddin Bardan, said the problem would result in less tax revenue for the government.

“The policy will cause employers to incur additional operating costs of between RM3 billion and RM4 billion a year.

“The drop in profit will mean that companies will end up paying less tax. The policy will also lead to the rise in inflation, as well as prices of goods and services, which costs will be passed on to consumers,” Shamsuddin said, adding that more efforts should be put in place to hire local workers.