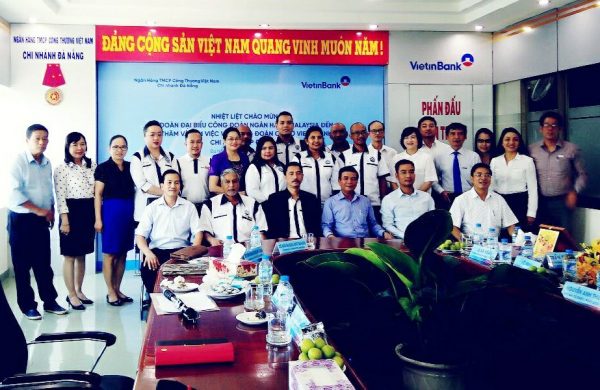 The 10-members NUBE delegation for the Bilateral Exchange Programme at Da Nang, Vietnam from 18th to 22 September 2017 started off on the second day meeting at LienViet Post Bank with Bro Nguyen Ngoc Nam, the Deputy CEO and other top officials from the bank. The delegates led by Hon. General Treasurer, Bro Chen Ka Fatt were informed by Bro Nam that their bank was established 9 years ago in 2008 and with a total memberships of about 6,000 members. A video clip of the activities and programme organized by the union was also shown to the delegates. The delegations have fruitful Q&A sessions for about 2 hours on discussion from working hours to the activities and benefits provided by the Union and the Bank. On Day-3, the delegates have a meeting with the leaders from VietinBank which was leaded by the Director, Bro Le Van Hao. The bank was established in 1988 with a membership of 25,000 and it is the leading bank in Vietnam. The delegates were briefed on the activities and benefits provided by the bank and union such as, medical benefits including yearly medical check-up, health and medical insurance, yearly families outing and sporting events. The Unions also assisted in social activities such as providing assistance to the poor people, hospitals and people who are affected by natural disaster. To run this social works, it is compulsory that all members have to make donations every year to 2 Social Funds ? 1 day of their salary to the member?s social fund and another 3 days of their salary to the citizen?s social fund. This fund will be utilized to assist the members or any citizens who required assistance. The delegates were also briefed that on the Union subscriptions, the labour law provided that all members to give a monthly contribution of 1% of their salary and the Bank will provide another 2%. During the Q&A sessions, the leaders from the VNUBW were interested on benefits NUBE have obtained for their members such as the COLA, 0% Housing loans and family GHSI. On the fourth and final day, the Standing Vice-President of VNUBW, Bro Nguyen Van Tan together with other leaders from LienViet Post Bank and VietinBank organized a Farewell dinner for our delegation. The exchange programme was very successful as beside our delegates has learn from our counterparts, it also bring closer and straighten the solidarity of both national unions. 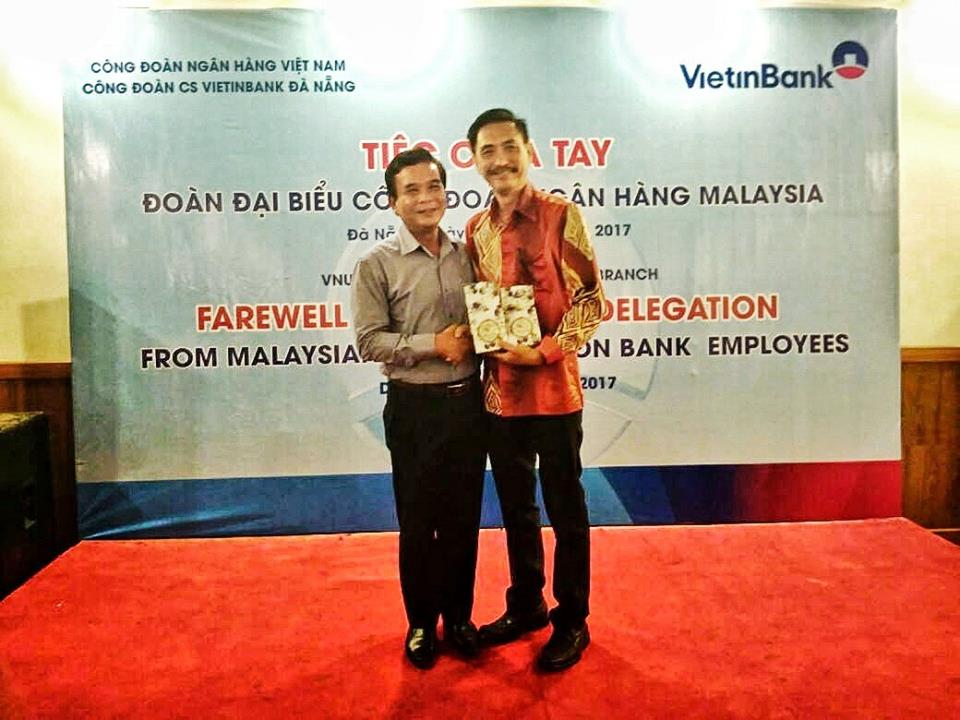 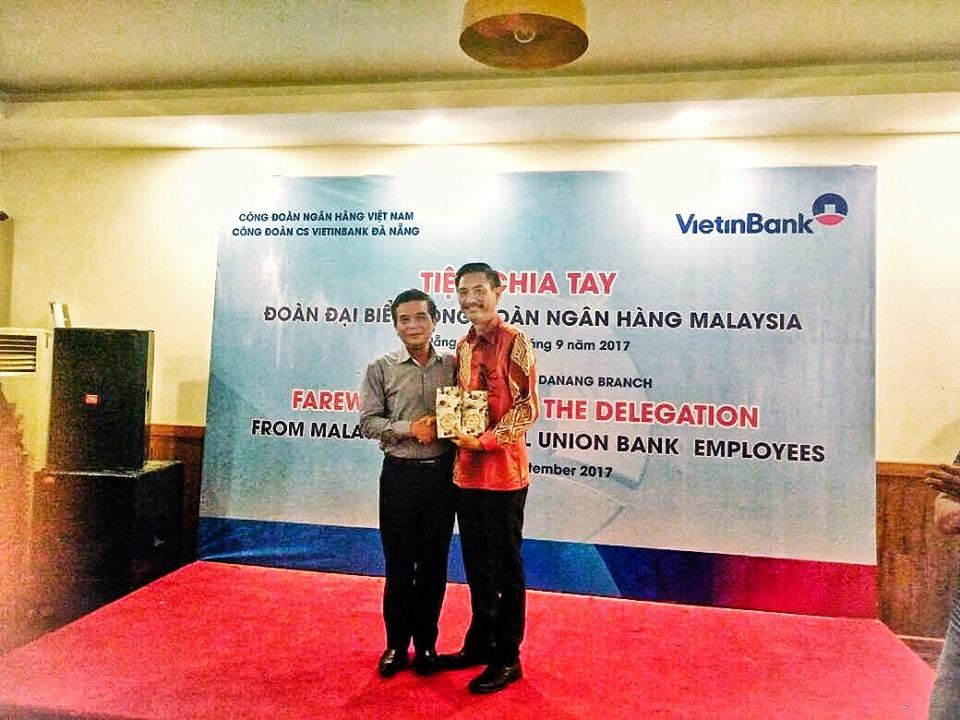 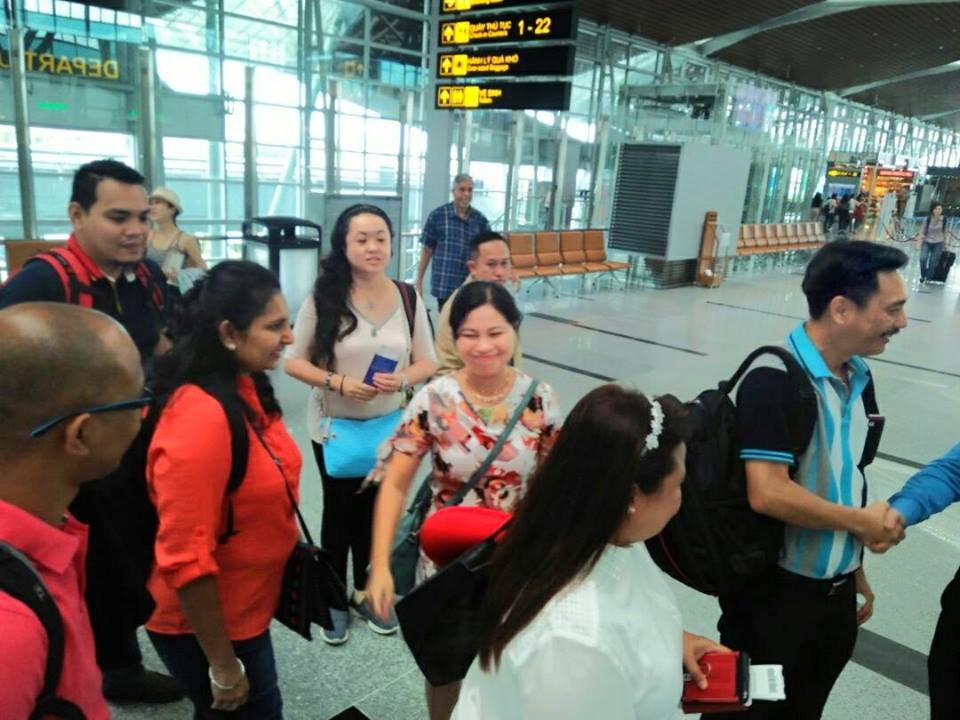 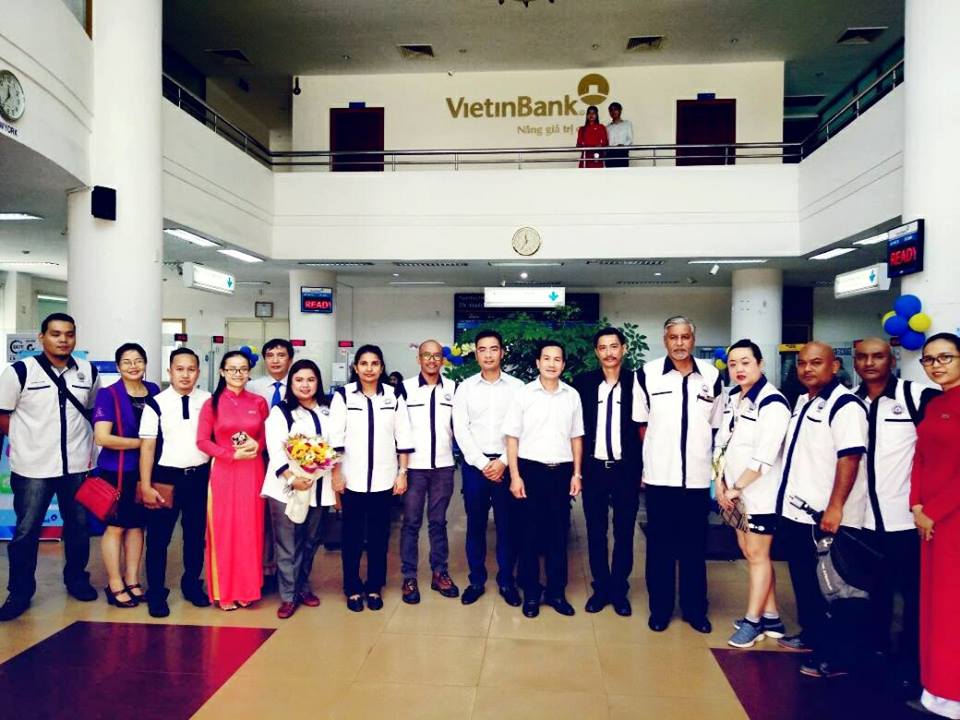 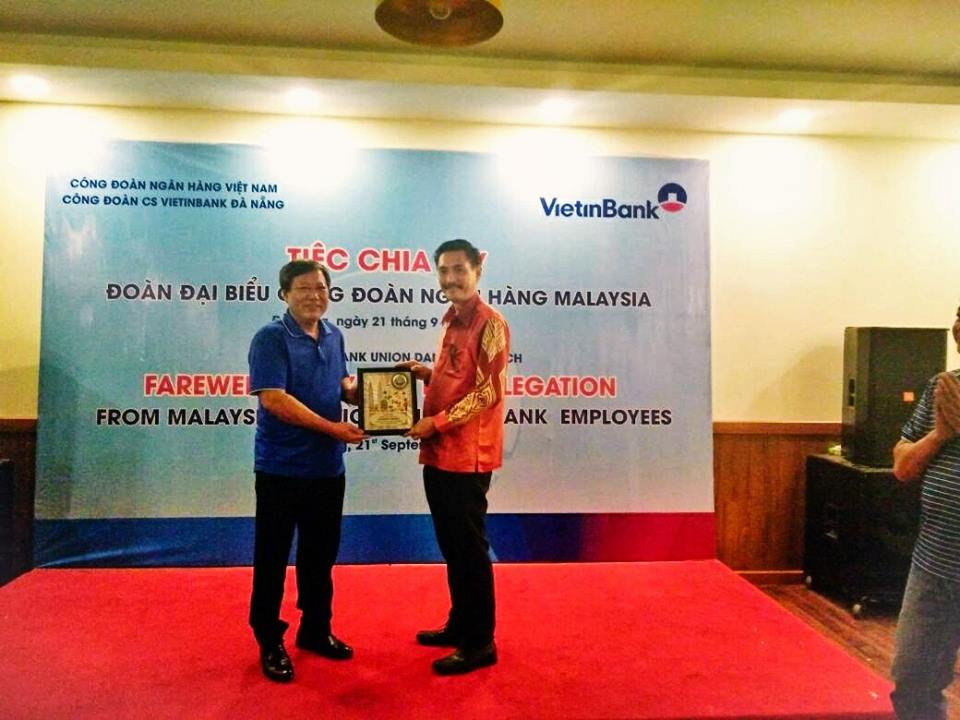 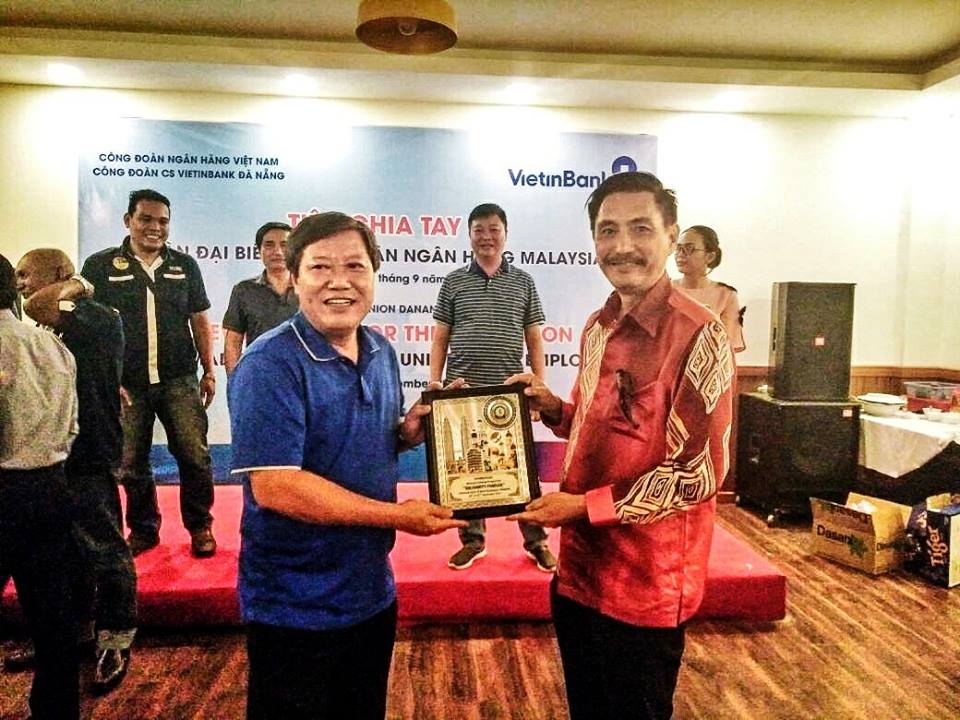 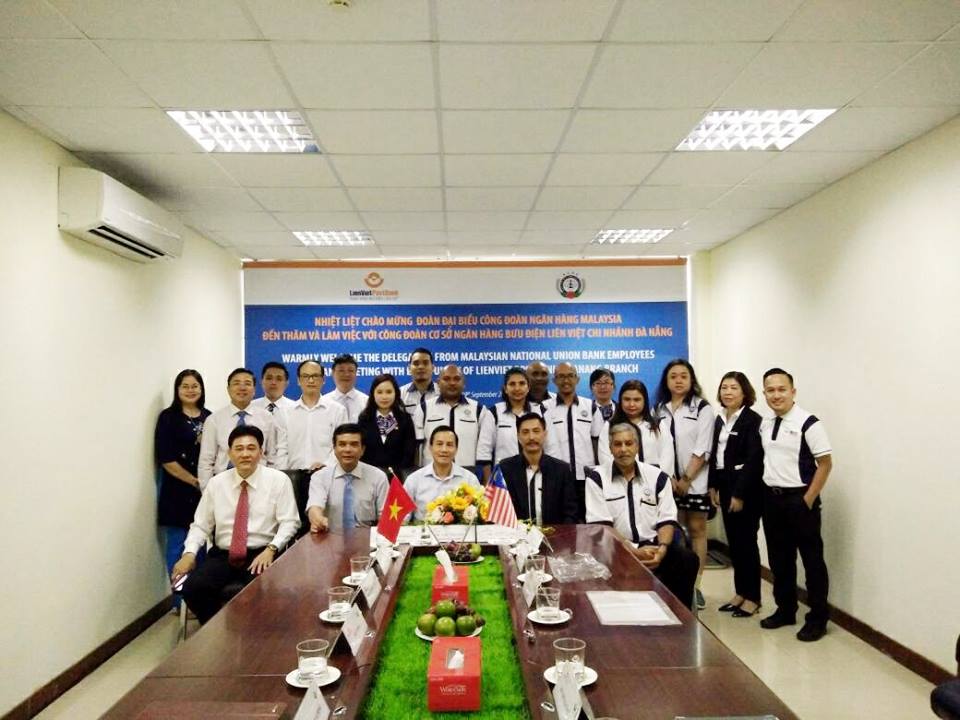 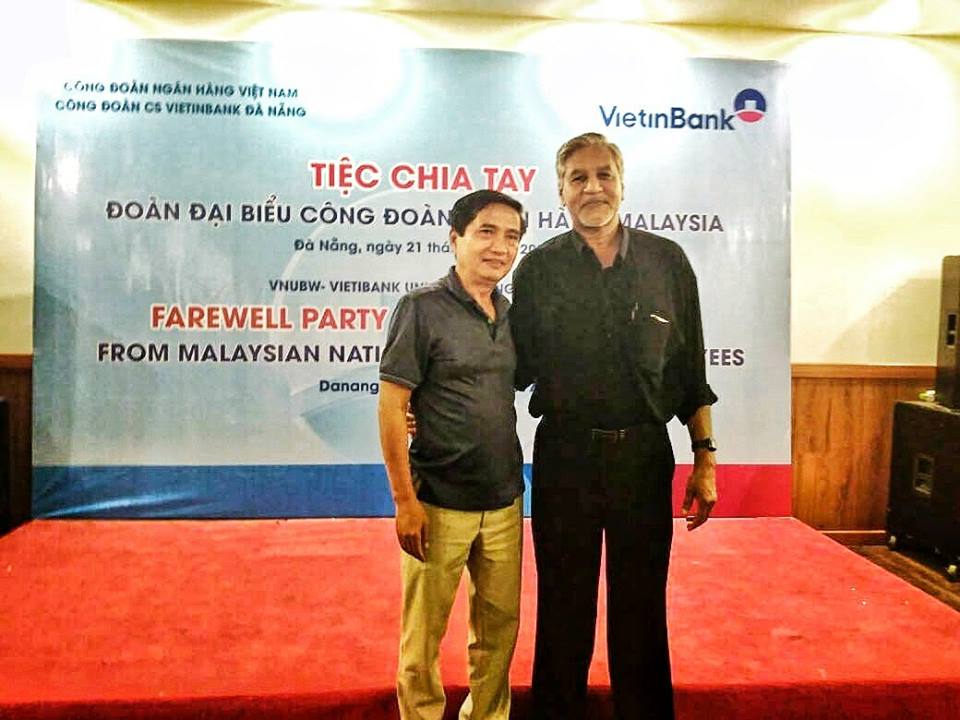 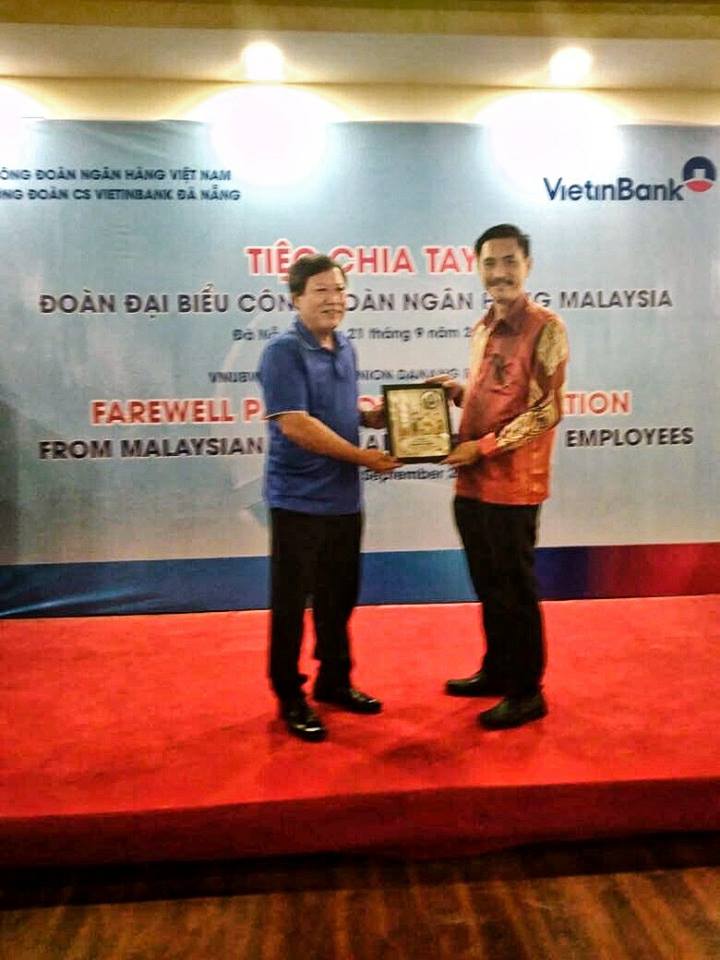 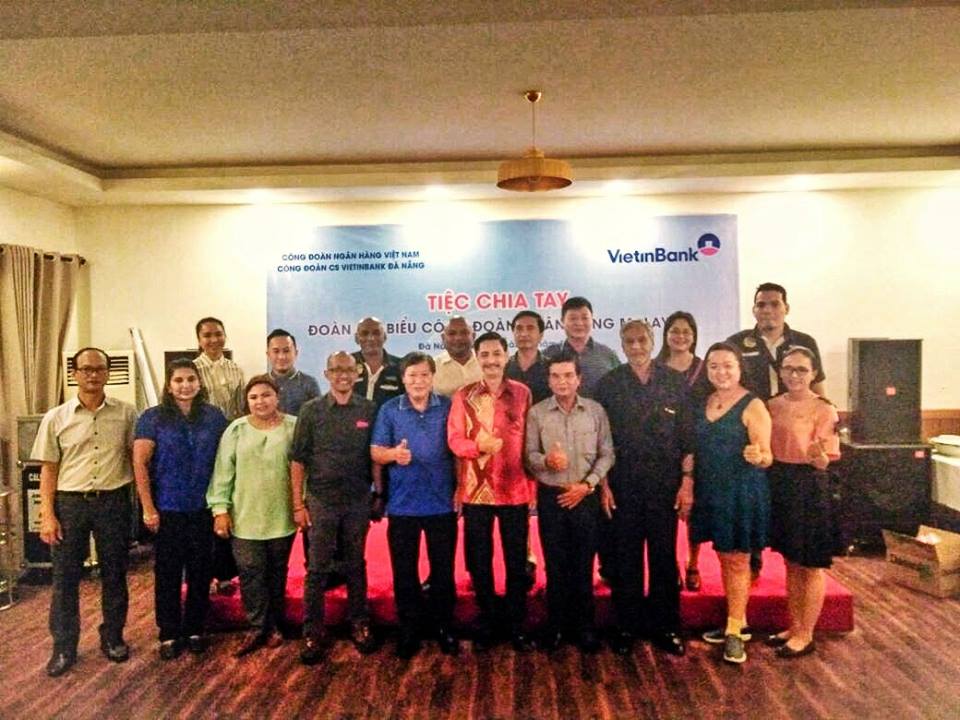 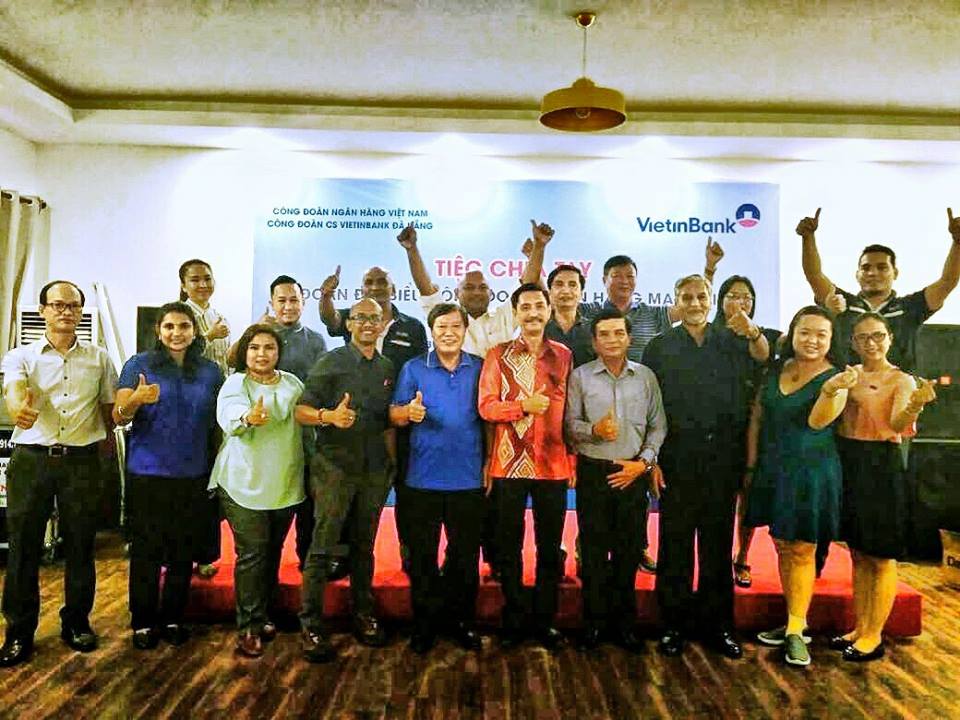 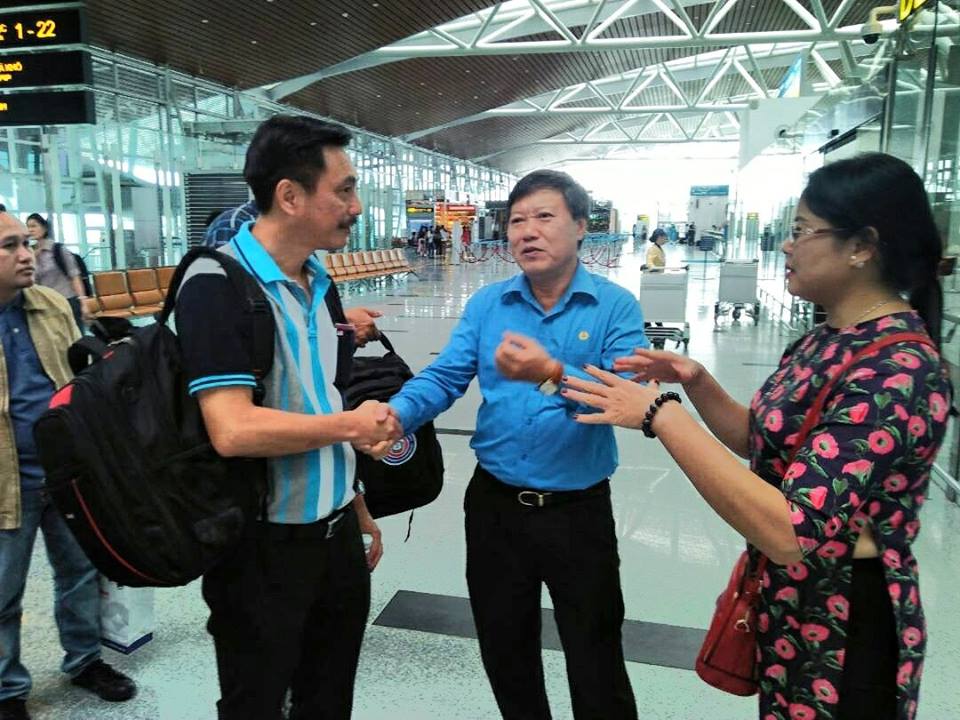